Future of the British high street

The challenges facing the high street

It’s fair to say that the last decade has been a challenging one for UK retailers. Back in 2007, British retail outgrew the wider economy, and by some distance too. However, it was a sector which found itself on the frontline when the financial crisis struck, and in Q3 of 2008, retail output slumped dramatically by 4.2 per cent.

In the years since, the picture hasn’t improved all that much either. Change has always been a constant within retail industries, but, in recent times, the rise of behemoths such as Amazon, discounter supermarkets, and online retail has threatened the very fabric of our high streets as we know them. Even big names such as Toys R Us, Maplin, House of Fraser, Mothercare and many others have recently bitten the dust, been bought out, or closed many of their stores. In fact, a recent report by PwC found that nearly 2,700 retail stores shut their doors in H1 of 2018 alone, and that roughly 15 shops are closing each day on Britain’s high street.

Why are retailers struggling so much?

According to PwC, the retailers who were hardest hit in H1 last year were fashion houses, pubs, electrical goods stores and charity shops. Yet such struggles extend to other sectors too, and there are a number of factors which are conspiring against retailers at present - not least the rise of the digital era, and a significant gravitation towards online shopping.

Yet one particularly unjust headwind is that of business rates, which brings in over £30bn to the Treasury each year, but has put many a store into administration in the process.

What are business rates?

Tenants who use a property for business purposes must pay this tax based on a so-called 'rateable value' (the combination of land values and a multiplier linked to the CPI, which is recalculated every five years).

It’s an especially-crushing cost for small businesses, and also arbitrary in that its basis is not linked to profitability, turnover, or even the capacity to pay. It also creates cliff-edges for businesses upon each revaluation, which are prone to the volatility of the multiplier.

And then there is the issue of brick and mortar versus online retailers, and the disadvantages faced by the former. For example, Amazon paid just £38m in business rates in 2017/18, despite generating £9bn in sales across its 189 sites in England and Wales. House of Fraser, on the other hand, had to cough up £36m, even though its turnover was less than £1bn, and it only had 59 active UK stores during that period.

What impact has online had on UK retail?

The impact of online sales on UK retail hasn’t only been profound: it’s happened at an extraordinary pace. Even as recently as 2013, just one pound in every ten spent on the purchase of a retail item was done online. Yet fast forward to Q4 2018, and this doubled to one pound in every five, or 19.8 per cent.

But just how bad has the online insurgency been for UK retail? Sports Direct owner Mike Ashley told a committee of MPs in November that “the internet is killing the high street”, and certainly the number of empty buildings on Britain’s high streets seems to back that up. In 2016, the British Retail Consortium predicted that 900,000 jobs within UK retail – the largest employer in the private sector – would fall over the coming decade as a direct result of internet shopping. And accordingly, in the three months up to September 2018, there were 93,000 fewer jobs than the year before, according to the ONS.

Yet it isn’t necessarily all negative. For consumers, the world of online retail provides greater choice, cheaper products, and a more convenient service. For all the high-profile store closures on the high street, many newcomers are thriving in various retail markets, and adding a new level of dynamism to our shopping experiences as a result.

"It's not Armageddon retail," Helen Dickinson, head of the British Retail Consortium, was quoted as saying in a BBC News article. ''This is reinvention retail. Although we are seeing distress in certain parts of the market, at the same time many new entrants are coming in, (and) new retail businesses continuing to grow. Retail sales as a whole are still growing."

The future of our high streets

What is clear is that the retail sector isn’t about to disappear anytime soon. It is simply in the midst of an unprecedented transformation. But what can retailers do to keep up, and how will our high streets look over the coming decades? We look to the future in this section.

How can retailers survive in the online shopping era?

One word: modernise. Integrating technology, and having a strong online presence is no longer optional. Digital innovation underpins this, and one such element of technological integration which provides the scalability and flexibility retailers so crave is the use of a mainstream mainframe. Interestingly, nearly three quarters of the most successful retailers globally now run day-to-day operations from a mainframe. Leveraging the processing power of such hardware enables the retailer to provide a robust, data-driven approach to all business processes – be that pricing, security, inventory or ensuring things like mobile, web apps and cloud-based software are supported.

It also provides an essential basis upon which to build a successful ecommerce platform. While some may consider online to be retail’s biggest threat, the reality is that it’s a chance to grow your brand’s reach to a far greater extent than is possible with the mere physical presence of brick and mortar stores. Ecommerce enables you to sell 24/7, and it gives you the opportunity to drive store visits too.

How can retailers use online to their advantage?

A study by Royal Mail found that 93 per cent of customers buy retail products both online and in-store, so they are by no means mutually exclusive. Click and collect is one method of using online to get feet through the door, as is enabling in-store returns for online purchases. Furthermore, a cutting-edge mobile experience, consumer reviews and/or product reviews help customers research online, and buy in-store.

But the power of digital goes well beyond this, and the benefits of a world-class online experience can be incorporated into the in-store equivalent. For example, apps can provide detailed product information, seamless customer loyalty points programmes and allow a customer to checkout more easily (eg: scanning a barcode). Additionally, product reviews, and product recommendations, which are so effective in the online space, can be applied in-store too.

And then, of course, there is data collection. Much can be gleaned from the browsing behaviour of customers on a retailer’s ecommerce site, which gives key insight on matters such as popularity of products. This can be critical in terms of optimising stock levels, and the in-store experience in general.

How will retail stores change in the future?

There is much literature to suggest that, while customers value the convenience of online shopping, they still crave the shopping experience. These two aspects are dovetailed effectively by concept stores, whose presence is growing. These are effectively showrooms, with an interactive experience for the consumer, who enjoys the benefit of being able to sample products first-hand, before purchasing them online from the convenience of their armchair.

Further afield, automated shopping is set to have an increasing impact on British retail. Checkout-free stores such as Amazon Go – where the goods selected by a customer are logged by cameras and Artificial Intelligence (AI), then subsequently charged to their card after they leave – have already opened their doors in the USA, and have now been trademarked in the UK.

We’ve also seen the introduction of pay-in-the aisle technology (scan and pay for the item using your mobile phone) in the UK, while in China, walk-out supermarkets enable customers to buy items in store using an app, with the groceries then delivered to their door within half an hour. It is these kinds of technological advances which are set to transform retail stores as we know them, leveraging AI to enhance convenience for shoppers.

How can retail finance help our high streets?

The power of retail finance from an ecommerce perspective is profound, with the treble benefit of improving conversion, increasing order values, and enhancing customer loyalty. Yet such a facility isn’t just the preserve of online shoppers. In-store retail finance has grown immeasurably in recent years, and the gains are particularly apparent when it comes to big ticket items. After all, these represent a more-sensible purchase for many customers via retail finance, given that the repayments can be spread over a longer period, with low or even zero rates of interest.

For fashion outlets, electrical appliance stores, furniture shops, jewellers, department stores and others – all of whom are the lifeblood of our high streets – this should be music to the ears, and underscore the importance of integrating an effective, seamless retail finance service into their customer journey.

How will our high streets change over the next decade?

In such volatile times, and with the rapid rise of technology and AI, predicting the future isn’t easy. But there is good reason to believe that our beloved high streets are here to stay. After all, the aforementioned PwC study found that a number of retail outlet types – including coffee shops, convenience stores, stationers and salons - enjoyed a net increase in the number of store openings in H1 2018.

Online shopping is not so much about cannibalising the high street, as it is about closing the gap between the two. In the same way that brick and mortar retailers are looking to boost their online presence, many bigger online retailers are doing their utmost to stamp their mark on the high street. Those who can strike the balance between the two most effectively, and leverage the benefits of each, are set to thrive.

Our main prediction for Britain’s high streets is that the emphasis will be on improving the all-round experience. Expect more food and drink outlets, bars and specific areas geared towards sociability. Expect more in the way of events to get feet through the door. Expect more leisure destinations in general, and innovative ways to create ‘Instagrammable moments’ for shoppers. And, hopefully, we can expect support from the Government and councils when it comes to improving auxiliary elements to the high street experience such as parking and pavement space, while simultaneously coming up with a fairer business rates system.

Make no mistake, this is a desperately challenging time for our high streets. But where there is change, there is also opportunity. Don’t write them off just yet. 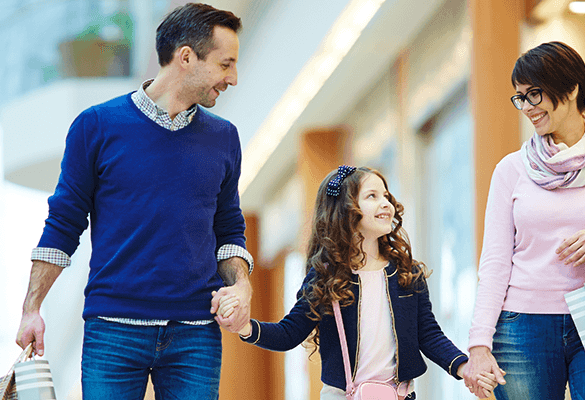 What does the dip in consumer confidence mean for Britain?
Scott Robertson - 5 Jul 2018 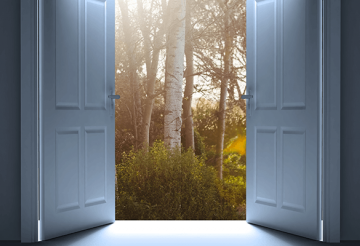