Carol is an Educational Development Executive for a global travel company, and hails from Avonbridge in Falkirk. She has lived in Scotland her whole life, but always dreamed of retiring to Spain, where she had often holidayed with her family, and previously owned a property. Recently the dream was set to become reality when she found the ideal home, but an unforeseen complication put the purchase of her new Spanish home in jeopardy. Luckily, that’s where a loan from Lending Works came in… 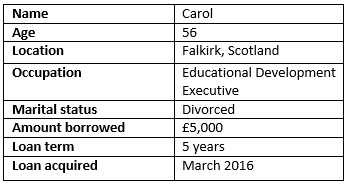 I owned a property in Spain many years ago, but had to sell it after my marriage break-up. But it was always my dream to go back there. My eldest son, who is now almost 28-years old, had not been back to the area where we had our home since he was 14, and he so wanted to have a chance to go back there. He had been hospitalised for over four years due to a serious mental illness, so it really was his ‘pipe dream’, as well as mine.

I sold my UK home a few years ago, and kept all my savings to put towards a new Spanish property, which will, initially, be used as a holiday home for my family, but hopefully, enable me to retire there in the future. I held on to these savings as I was awaiting a huge pension pay-out after a divorce settlement, but I was unable to receive the funds until I reached the age of 55. 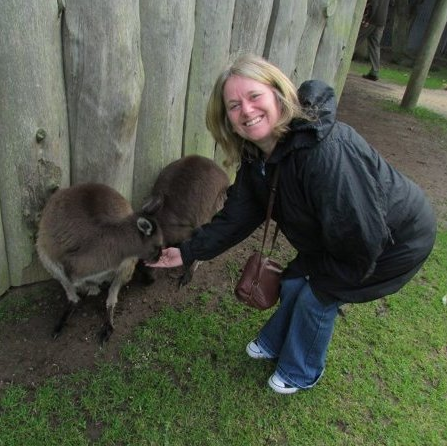 A cruel twist of fate

The clock ticked over, and, as soon as the birthday celebrations died down, I was on the phone to the pension administrator. However, to my horror I was told that they had already paid out the full amount to my ex-husband, who somehow managed to make a fraudulent claim. I have been fighting ever since to try and get my money, but to no avail.

When the chance came up for me to purchase an affordable house, we couldn't have been happier, but, at the very last minute, I realised we were short of funds, as the Spanish banks require you to take out house/life insurance with them for the whole term. Whilst I was putting a big deposit down, I was left a bit short when I didn't get the money due from my pension, and I had to complete the purchase within two weeks, or lose out on it.

A loan to the rescue

The loan from Lending Works enabled me to pay for the ‘extras’, and complete the purchase.

I can't tell you how it made me feel to see the look in my son's eyes when I took him back to his beloved Spain, and realised that we were finally home.

We simply would not have been in this position were it not for the loan, which was so quick and easy for me to get. Sure, having an obligation like this wasn’t necessarily something I was anticipating at this stage of my life. But it is only for five years, and the repayments are very affordable – nothing a bit of careful budgeting can’t take care of.

More importantly, after many, many stressful years, this has been a very happy ending (or beginning) for me, and it’s been a long time since I’ve been this excited about the future. Many happy days of Tapas and sunshine lie ahead, and we couldn’t be happier!