Can there ever be a run on a P2P platform?

One of the horror stories to emerge from the 2007/08 global financial crisis was that of Northern Rock.

The Newcastle-based bank adopted a business model whereby they borrowed heavily from money markets, both in the UK and abroad, and it was with these funds that they distributed mortgages to customers on a large scale. They would then re-sell these mortgages on international capital markets, a process better known as securitisation.

It was a plan that, for many years, led to rapid expansion, and by the year 2000 Northern Rock had broken into the FTSE 100. But in 2007, demand for securitised mortgages began to plummet, and a dramatic fall in revenue from that particular stream left them unable to repay their money market loans. They were successful in their request for a bailout from the Bank of England, but the sequence of events had been enough to cause mass panic among individual savers, who subsequently lined the streets outside in a bid to withdraw their savings as quickly as possible.

Get out while you still can!

Such an event is better known as a bank run, and it was the first in the UK for over 150 years. It was a throwback to the dreadful scenes that followed the Great Depression, where people around the world clamoured outside thousands of banks to get their money out in the face of banking panic. In the United States, bank runs were so widespread that it resulted in a systemic banking crisis, which ultimately inflicted the most damage of all to their economy following the crash.

The severity of these ramifications was due to fractional-reserve banking. This model – commonplace in developed countries such as the UK - involves banks retaining only a small percentage of customer deposits, while loaning out (and profiting from) the rest. Yet the potential pitfall of this is that both the amounts and the terms over which the bank offers loans to its borrowers is not directly correlated to the incoming deposits from savers.

For example, a customer might deposit money and plan to withdraw (or transfer) it all within one year, but these funds could be loaned out as a 20-year mortgage to someone else. Banks have strict reserve requirements which ensure that the fractional reserve, in normal circumstances, would overwhelmingly prove sufficient for depositors to still be able to access their funds whenever they choose.

But in the case of a bank run, the loss of consumer (i.e. depositor) confidence generates its own momentum, and becomes a self-fulfilling prophecy. The more people withdraw their savings the greater the loss of consumer confidence becomes, particularly when combined with widespread media attention, which in turn triggers further withdrawals. Once the collective withdrawals exceed the reserve amount, the situation can become dire.

Quite simply, a traditional bank run is not possible within a peer-to-peer lending platform such as Lending Works. The first fundamental difference between the Lending Works marketplace and a bank is that when a lender offers money on our platform, their funds are matched directly with specific borrowers. This means that both the amount and the term of the loans are in sync for both lender and borrower. The advantage of this approach is that the dramatic ‘mismatch’ that develops during a bank run can, by definition, never be replicated at Lending Works.

The other significant difference is in terms of access to funds. A saver can go to a cashpoint or bank and withdraw their funds at any time. It is the very reason those in the queue during a bank run cannot be dissuaded or prevented from taking what’s theirs.

Peer-to-peer lending is considerably different in this regard though. There are no cashpoints, and money cannot simply be taken back from a borrower because a lender suddenly decides they want the outstanding capital balance back. At Lending Works, we offer a secondary market using the Quick Withdraw facility, which allows lenders to take their money back whenever they like provided another lender is available to replace them. This of course relies on confidence in the platform, as if there are no other lenders available then you would be required to withdraw payments as they are received on your loans.

While P2P doesn’t offer the same guaranteed level of liquidity as bank savings, our business model does offer the reassurance that if the P2P market were ever to be spooked, for example due to widespread platform failures or unacceptable levels of default, there can be no self-fulfilling prophecy and therefore no ‘run’ on a platform like ours. 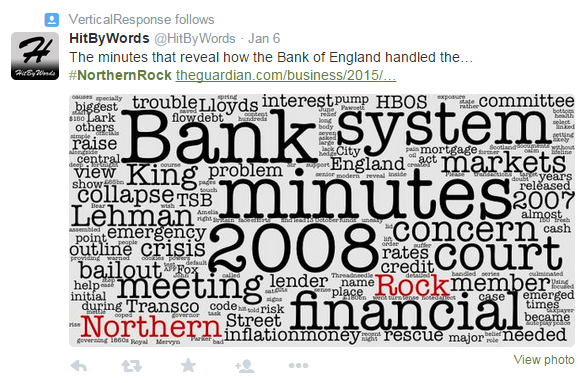 Am I then tied in if no other lenders can be found?

In the worst-case scenario, if there were no lenders available to replace you then the Quick Withdraw facility would not be available and lenders would be required to hold their loans to maturity. After all, in the circumstances discussed above, it is unlikely prospective lenders would be queuing up to lend their funds. However, the peer-to-peer lending sector already has a strong track record of dealing with a tough economic climate, as, during the recent credit crunch, default rates for prime consumer platforms in the UK generally remained between 2 - 5% - the sort of figures the Lending Works Shield would be well equipped to deal with. It should also be noted that these default rates are lifetime rates on loans, so the annual rates are much lower.

So is P2P lending as safe as money in the bank?

Unlike a bank, a lender’s capital is at risk with peer-to-peer lending. This is an inherent risk with any form of lending. Those who deposit their money in a bank have the protection of the Financial Services Compensation Scheme (FSCS), which guarantees up to £85,000 per saver, per institution.

It is ill advised to make direct comparisons between banks and peer-to-peer platforms, especially given that the FSCS does not protect P2P lenders. However, the returns achievable reflect the different risk profiles, which has seen the popularity of P2P lending increase spectacularly in recent years in the low interest rate environment.

The demise of Northern Rock was a stark reminder of the threat and impact of bank runs, and it should therefore be a valid source of comfort to our lenders that they will never be exposed to such a situation.