Savers have grown accustomed to the anti-climax of ISA season; such has been the misery of returns offered on cash ISAs over the past decade. The combination of low base rates, and cheap money sloshing around means banks and high-street lenders no longer need to compete for your hard-earned cash. And last week’s emergency rate cut by the Bank of England won’t help the cause.

In fact, with only a few weeks remaining in the current tax year, 2020 is on course to be the most disappointing ISA season of all. None of the major banks have significantly increased rates, nor added promotional offers to their shelves to date. Some have actually slashed returns on their easy access savings accounts and ISAs since the Bank rate plummeted to 0.25 per cent last week.

Of the £293bn currently sitting in cash ISAs, over half (£152bn) is held by the big banks, according to Money Observer. And it is these behemoths in particular who, under ultra-loose monetary conditions, are putting their energies into lending cash out, rather than trying to attract it. This means challengers, building societies and other smaller providers also don't need to offer much in the way of interest rates to fill their coffers.

When you throw widespread inertia among savers into the mix too, underpinned by a lack of willing to switch their ISA, you end up with a perfect storm for anti-competitiveness during ISA season.

What are the best ISA rates?

At the time of writing, the market-leading rate on an easy-access cash ISA (with no withdrawal restrictions) stood at 1.29 per cent. Those willing to lock their money away for a year can fetch 1.36 per cent, while at the long end of the fixed-rate spectrum, a five-year account will earn you 1.65 per cent.

It's a sorry set of numbers, especially when you consider that inflation jumped to 1.8 per cent in January. Most disheartening of all is that millions of pounds of savers' money is sitting in ISAs that pay as little as 0.1 per cent. In truth, to earn meaningful returns, one has to look further afield within the ISA framework.

Interestingly, against a backdrop of Brexit uncertainty, and a modest rebound in savings rates, money flocked out of stocks and shares ISAs into cash ISAs during the 2018-19 ISA season, with the Investment Association reporting that a net figure of £506m moved in that direction in January 2019 alone. This is a four-fold increase on the previous January, when net transfers from stocks and shares to cash ISAs was just £129m.

In all likelihood, this year's ISA season will augment this trend, with financial markets in meltdown over the spread of the coronavirus, and fears that it will precipitate a near-term global recession. But this would by no means represent an endorsement of cash ISAs – merely a flight of capital away from stocks and shares ISAs, which have been in turmoil.

What about the Innovative Finance ISA?

Perhaps with a degree of prescience, we cautioned last month that asset prices may be overvalued, and that a correction was probable at some point. Given the current climate, diversifying your ISA portfolio should thus be a priority, and that's where the Innovative Finance ISA (IFISA) comes in.

This type of ISA is almost exclusively available through peer-to-peer (P2P) lending platforms, and offers a midpoint in terms of risk and reward between cash ISAs and stocks and shares ISAs. Unlike the former, returns are not guaranteed, and there is no FSCS cover in the event of borrower default or platform failure. However, many platforms have measures in place to mitigate these risks, and all UK firms are subject to robust FCA regulation.

IFISA uptake was limited when the product launched four years ago, with only a handful of smaller providers in the marketplace at the time. However, the IFISA came into its own in the 2018-19 ISA season, and, by September, total subscriptions and transfers reached the £1bn mark, according to Peer2Peer Finance News.

The figure chimes with what we saw at Lending Works last year too, and this momentum has continued into 2019-20. It appears that this surge in IFISA capital is being seen industry-wide, suggesting the tighter controls implemented by the financial watchdog in December have done nothing to dampen enthusiasm among investors for this type of ISA.

Indeed, this stricter set of rules actually strengthens the standing of the P2P sector in the UK, and delivers greater transparency and comparability for the customer. Added to that, most peer-to-peer investments tend to deliver stable returns, which, for many investors, is preferable to the volatility we’re currently seeing with the stock market.

There’s still time to make a success of ISA season

No amount of outrage from savers is likely to sway banks when it comes to the interest rates they offer – particularly on cash ISAs, which they appear increasingly reluctant to promote. The best way to turn the tide is to simply show them the red card, and start switching – be that between providers, or to a whole new category of ISA.

In the latter instance, you should be clear that you will be taking on a new set of risks if you opt for an IFISA (or a stocks and shares ISA). But accepting sub-inflation returns from a cash ISA is, in itself, a form of risk too, as your money will usually be losing value in real terms.

IFISAs in particular accommodate various investment types, and there is plenty of choice to tailor your portfolio to suit your needs. So shop around, do your research, and make sure you feel comfortable with where your money is going. Ultimately, it may require a bit of elbow grease. But don’t sit back and accept poor returns – use your £20,000 ISA allowance wisely, and make the 2019-20 ISA season a lucrative one for you. 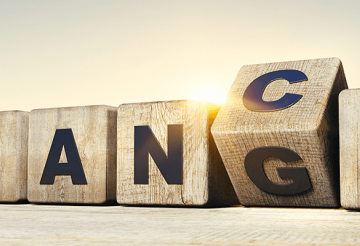 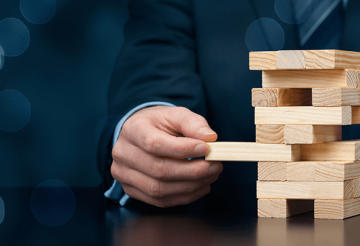 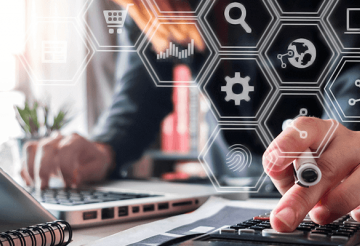