What next for stamp duty?

Whenever discussion turns to Britain’s misfiring property market, the words ‘stamp duty’ are seldom far away. Indeed, over the past two decades, it’s been something of a political football – one which has had a profound impact on both housing transactions, and the coffers at the Treasury.

The main accusation levelled at this form of taxation is the logjam it creates in the market. But how has it come to this? And why is it that criticism appears to have intensified in recent years?

Understanding the evolution of stamp duty

Stamp duty has its roots in the 17th century, when an Act was passed to provide the monarch with duties on vellum, parchment and paper to fund the war against France. In the centuries that followed, it was extended to other goods and transactions; house purchases among them. However, stamp duty was largely terminated in 2003 – with the exception of transactions pertaining to certain investments. Since 1986, this has manifested in the form of ‘Stamp Duty Reserve Tax’.

This is separate to the more-commonly referred to ‘stamp duty’, which relates to property transactions, and falls within the realm of ‘Stamp Duty Land Tax’ (SDLT). This tax was broadly introduced in the 1950s, and, until the recession of the early 1990s, involved a 1 per cent charge on properties over £30,000.

In 1993, this threshold was doubled to £60,000, before a more-radical shift under the Labour Government in 1997 saw the introduction of bands, rather than a single flat rate. The below table outlines the charge within each band.

In 2014, under the Coalition Government, there was a more significant shake-up, as, aside from furthers changes to the make-up of the different tax bands, stamp duty was morphed into a progressive tax system; payable only on the portion of value of the bracket it fell into.

As such, the structure at present is as follows (albeit that first-time buyers can now claim relief on homes up to £300,000):

So what’s wrong with stamp duty?

On the face of it, the changes in 2014 appear to be astute. The previous ‘slab’ system resulted in a series of cliff-edges whereby properties valued at just over a particular threshold were difficult to sell, as the buyer was liable to pay the full rate of SDLT on the full selling price. This was less of an issue in 1997, when the difference in tax rates was relatively minor. However, by 2014, there was greater daylight between the bands. For example, a home valued at £249,999 five years ago incurred a stamp duty charge of 1 per cent. However, this trebled to 3 per cent on a home valued at £250,001.

The current setup has paid dividends for the Exchequer too, with stamp duty revenue on residential property transactions rising from £6.5bn in 2013/14 to £9.3bn in 2017/18. However, recent figures from HMRC showed that SDLT receipts fell to £8.4bn for 2018/19. Therefore, the claim following the reforms in 2014 that stamp duty revenues would ‘hit £16bn by 2019/20’ now looks to be embarrassingly wide of the mark.

According to HMRC, this dip has also coincided with an 8 per cent fall in the number of homes being sold for £1m or more. It chimes with a consistent trend in recent years, which has seen a slump in the number of transactions involving luxury homes – one which was particularly acute in the immediate aftermath of the reforms in 2014, when the SDLT rates for the top two tiers rocketed.

Nothing happens in a vacuum, and property sales are subject to a range of market forces. But it is difficult to dismiss the correlation between a drop in revenue and a collapse in the number of more-expensive homes being bought and sold. A home costing £1m fetches a stamp duty charge of £43,750, while for those looking to buy a house with a price tag of £1.5m, the SDLT bill soars to almost £94,000.

Even many rungs lower down the ladder, home-movers with a budget of £450,000 for their next abode still need to set aside £12,500 to cover stamp duty. In a place like London, such a property value is hardly the preserve of the rich, and yet middle–income families are being saddled with such a prohibitive tax bill.

London and the South East are very much in the firing line, given the inflated house prices in these regions, and it is thus no surprise that the two combined account for nearly 60 per cent of all SDLT revenue. But, along with the East of England, it is these two regions which have ground to halt in recent months, and the Treasury is in danger of biting the hand that feeds.

The other costs of stamp duty

The impact on the public finances is by no means the only consideration from an economic perspective, and one of the most damaging consequences of this tax is to mobility. Aside from inhibiting sales, SDLT discourages workers from moving to improve their commute, or switching to more productive jobs in a different location. There is also a significant welfare loss to society, as those in homes which they have outgrown are inhibited from upsizing, while, in the vice versa case, those looking to downsize have to pay a small fortune.

And of course, buyers invariably have to increase the size of the mortgage they take out to cover the cost of stamp duty, which puts upward pressure on household debt.

As such, the reforms of 2014 need to be reviewed. We’ve already heard rumours suggesting that stamp duty charges may be scrapped on properties worth up to £500,000. Additionally, the Prime Minister was quoted last year as saying stamp duty on high-end residential homes is ‘absurdly high’, and hinted he’d be inclined to do something about it.

Let’s hope that words translate into meaningful and robust action. Because what we know for sure is that, late into the economic cycle, and with economic headwinds abound, the current system is no longer fit for purpose – if it ever was at all. 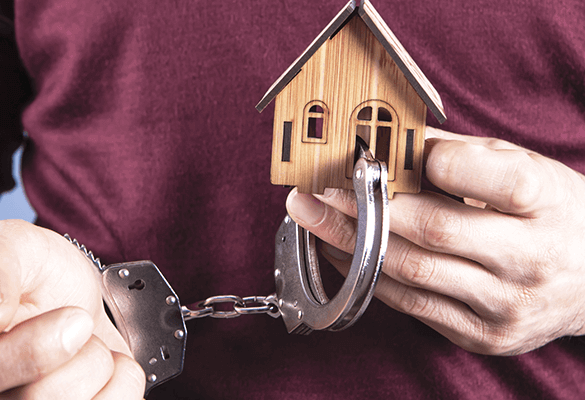 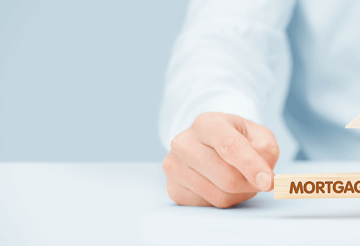