Should we fear a cashless society?

The decline of cash in recent years has been there for all to see, and the sound of a tap of a card seems far more common these days than the shuffling of notes and coins. But even still, the numbers make for remarkable reading.

From this alone, you may infer that the march to a cashless society is an inexorable one. Add to that the disappearance of cashpoints, plus the closure of brick and mortar banks on the high street, and this view is further underscored. But some deeper analysis reveals that cash may not be on its way out just yet.

Intriguingly, despite a surge in card payments (nearly double that of cash last year), the amount of cash in circulation continues to rise, topping a new record of £73bn earlier this year. And research by Payments UK and the Bank of England found that the number of people who are all but solely reliant on cash has soared from 500,000 two years ago to over 2.2 million today. Some 1.2 million Brits don't even have a bank account, leaving cash as their only viable means of making purchases.

A drive by the banks

There is a strong argument that the fall of cash is as much a result of a push by banks, as it is demand from the average consumer. Staffing branches and loading up ATMs is expensive, and eats into their margins. The removal of easy access to cash therefore stimulates a drive towards plastic, contactless or mobile payments instead.

Debit cards alone usurped cash as king in 2017, accounting for a total of 13.2bn transactions (versus 13.1bn for cash). Much of this is down to the meteoric rise of contactless, which makes up nearly half of all card payments in the UK today. Interestingly, the generational gap on this one is closing too. While 82 per cent of those aged 25-34 use contactless cards, the equivalent for those aged 65 and over rocketed to more than 60 per cent in 2018.

Many believe bank charges for processing payments would become an inevitability if cash becomes extinct, or even just marginalised. Indeed, even now, it shouldn't be forgotten that payments by card are not without cost. Merchants and retailers incur a fee each time a card is tapped or swiped on a terminal, and this is invariably passed onto the consumer through higher prices to avoid denting their margins.

There is also the benefit to banks of data accumulation - specifically knowing how much we spend, what we spend it on, and tracking transactions to learn more about us so as to fine tune their marketing (and perhaps much else).

Sweden provides a glimpse of the future, with less than one in five payments made through the medium of cash. SEB, one of the country's biggest banks, handles cash in just seven of its 118 branches, in line with the national average across the entire branch network (5 per cent). The ATM network itself is managed by these banks, along with the widely-used mobile phone app Swish, which nearly two-thirds of Swedes currently use. The volume of cash in circulation is diminishing too, and latest estimates predict the Nordic nation will be cashless before the end of 2030.

Whether that excites you, or sends shivers down your spine, it's a way of life which has been embraced over there. Setting aside the immense convenience of contactless payments, there has also been a reduction in the number of muggings, while the black economy has been stifled. In fact, VAT receipts in Sweden have risen by 30 per cent over the past five years, despite their sales tax rate remaining unchanged.

Such benefits will surely befall the UK too, but our country holds one key advantage that arguably leaves us better predisposed to a society with less cash: an innovative, booming fintech sector. One could marvel at the fact that we’ve already produced 21 fintech unicorns (more than Shanghai, New York or Beijing), or that the £12.3bn in investment that UK fintech firms attracted in H1 2018 was higher than Europe and the US.

But the truth is our thriving fintech sector has real benefits at consumer level too. Think companies live Revolut, which provides a platform for seamless cross-border payments, in a cost-efficient way. Think challenger banks, and the way they have raised the bar for the customer experience. Think blockchain, which is headquartered in London, or AI-based firms who power data protection and identity verification.

Think peer-to-peer lending, whose reputation in the UK for fairness, transparency and value is unsurpassed anywhere else in the world.

The list of innovative fintech companies and sectors in the UK is endless, and it all amounts to a future where the whip hand held by banks is greatly reduced, and the concentration of power diversified in a changing world.

A process that must benefit us all

If we are to one day become a cashless society, fintech alone won't smooth the transition. For many, it's an unnerving prospect, and it will be a considerable challenge to ensure that the move away from cash carries everyone with it. On that basis, it’s unlikely that we'll be a cashless society anytime soon, and those whose preference it is to continue spending their money in notes and coins shouldn't be denied.

That said, we can be justifiably encouraged by our country’s fintech innovators - all of whose success has been underpinned by a customer-centric approach - and their ongoing mission to make payments simpler, safer and faster. Predicting the future is a fool's game. But it is already clear that if banks are to realise their dream of a cashless society in the decades to come, they certainly aren't going to have it all their own way. 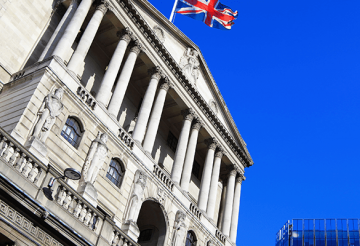