The risks of negative interest rates

Next week, the Bank of England (BoE) will be publishing its November inflation report, and also indicate whether there will be any movement in base rates. After hikes in late 2017 and early 2018, Threadneedle Street has kept its powder dry throughout the ongoing Brexit uncertainty, and held rates at 0.75 per cent ever since.

Yet after previously communicating to markets that rates, in the event of a smooth and orderly withdrawal from the European Union, would be hiked at a slow and gradual pace, the BoE's reluctance to normalise rates was underscored by Monetary Policy Committee (MPC) member Michael Saunders' recent comments stating that, even in the event of a Brexit deal being agreed, a rate cut was still likely to be the next move.

Given that Saunders has been regarded as a 'hawk' among economists, his dovish words were a less-than-subtle hint that the Bank's next move will be down - if not on Thursday, then in the near future. Furthermore, it comes against a backdrop of rate cuts by the European Central Bank (ECB) and the Fed, paving the way for a global race to the bottom.

We've previously made our opinions clear on the dangers of loose monetary policy. The reality, though, is that rate normalisation now appears to be a distant dream. We're late into the current economic cycle, and with a series of gloomy forecasts for the global economy, the UK is surely at risk of entering the realms of negative interest rates in the medium term.

How do negative interest rates work?

In the event of negative interest rates, commercial banks and other financial institutions are charged for holding excess reserves (ie: beyond the regulatory minimum) with a central bank. The logic behind this is that banks will seek to avoid such penalties, and boost the economy by lending this money to consumers and businesses instead.

This trickles further down too, as commercial banks then charge depositors for keeping savings in their account, while borrowers are paid money to take out loans (and now mortgages too, in the case of Denmark).

This isn't fantasy economics. In fact, for a significant portion of the developed world, negative rates have become the new normal. The US President even described members of the Fed as 'boneheads' for failing to adopt this policy.

It was in the wake of the financial crisis that central banks slashed borrowing costs to near-zero levels in a bid to encourage spending. Ultimately, they sought to make it costly for people and businesses to sit on their money in a bid to boost economic activity - and, as a result, prices.

However, with growth and inflation remaining weak a decade later, rates are still in the doldrums. Sweden's was the first central bank to charge a negative rate (-0.25 per cent) on selected overnight deposits in 2009, while Denmark followed suit three years later. Last month the ECB announced a 10-basis-point cut to leave Eurozone interest rates at -0.5 per cent, having first entered negative territory back in 2014.

Then there is Japan - a country which has struggled to combat deflation since the early 1990s. Following a number of monetary policy experiments, the Bank of Japan eventually went negative in early 2016, and has kept rates in the red ever since.

So are negative interest rates here to stay?

A former economics professor in the United States by the name of Karl W. Smith opines that negative interest rates have become an inevitability for the developed world.

Setting aside the fact that there is already £11bn worth of debt in circulation with a negative yield, and that inverted yield curves are cropping up with increasing regularity, he points out that savers are reliant on a sufficient number of borrowers with adequate and stable earning capacity to pay them back. But with populations in Western democracies ageing rapidly, there are consequences for private capital. Economic activity will continue to drop as supply outstrips demand, and, quite simply, the number of low-risk borrowers in the marketplace will decrease. As such, risk-free investments will become increasingly scarce, and people who decide to turn to the safety of government bonds and their like will have to pay for the privilege.

Then again, while such reasoning is sound, it ignores the growing importance of phenomena such as technological advancement and automation. For example, a recent PWC study predicted that artificial intelligence alone could add £232bn to UK GDP by 2030. If the relationship between economic growth, interest rates and inflation holds true, then this should provide positive impetus on all three fronts.

Furthermore, it must be remembered that monetary policy is not the only lever that can be pulled in the quest for stimulus, and fiscal policy will surely need to pick up some of the slack in the years to come. This is easier said than done though, given the eye-watering levels of government debt in countries like Britain.

Where to from here?

These are challenging times for policymakers and our political class, but they should be under no illusions about the risks of borrowing costs going below zero. When implemented, negative rates do not simply confine themselves to the rules of economic theory, and suddenly perpetuate a consumer and business-driven expansion. In reality, they are unsettling, distort markets, and undermine confidence.

Anecdotal evidence in Japan, for example, suggests that negative rates and an increased money supply merely sent a signal to investors that there was a high proportion of non-performing loans in the system, and that the economy had further to fall. Sentiment in the German press also underlines just how unpopular the ECB's policy has been there, with savers voicing their (justifiable) outrage.

And for all the attempts by central bankers to signal that such measures are only temporary, the truth is that, years later, there is no obvious end in sight for these economies.

Negative rates are something policymakers in the UK should be doing their utmost to stave off. We are fortunate to still have a buffer in place, albeit a meagre one. The MPC most certainly shouldn't be squandering any of it - not least when the economy is, by and large, holding up better than expected. 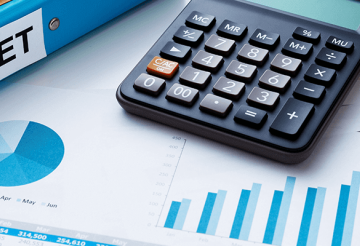 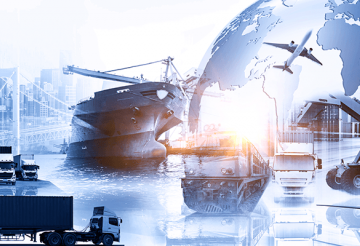 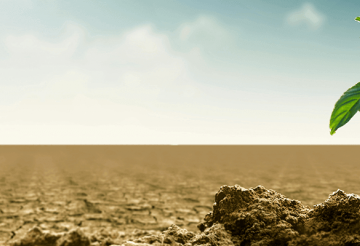