Last Monday, Lending Works celebrated its fifth birthday, and a toast was shared around our offices to recognise the immense progress we've made on our journey to date. But it wasn’t the only anniversary of significance to take place last week.

On 13th January, the open banking era completed its first year in existence, so it represents a natural juncture to reflect upon the past 12 months - and also to look ahead at what lies in store for this so-called ‘game-changer’.

What is Open Banking?

PIS involves providers initiating payments from other providers for a transaction, thus eliminating the need for any kind of card/cash payment or direct debit. AIS cover things like the customer's income, transaction history, debts and more, and by making such data available to other parties, the idea is that other providers, and/or third-party companies such as price comparison sites, can provide automated, customised advice and notifications based on real-time information. In turn, customers can benefit from savings opportunities within banking, and also snap up good deals on things like loans, credit cards, insurance, broadband and utilities.

So, has it actually been a revolution?

Thus far, the answer is probably ‘not quite’. Indeed, a YouGov study last August revealed that 72 per cent of UK adults had never even heard of open banking. Furthermore, five of the nine major banks weren't even ready to roll out the new framework by last year's deadline of 13 January. And as at the end of June, there had been just 1.2 million first-time uses of open banking APIs, making for an average of around 40,000 per day.

However, by November, the number of new open banking API calls had ramped up to 17.5 million per month. According to the Open Banking Implementation Entity (OBIE), there are now around 100 FCA-regulated providers of open banking, including nearly 70 third-party providers, and 33 account providers. Furthermore, OBIE trustee Imran Gulamhuseinwala confirmed last week that another 100 entities are in the process of joining the fray, and he predicts that "the ecosystem will develop with even greater momentum and pace" in 2019.

What has this actually meant for the customer?

Those who bank with either Barclays or HSBC may have noticed that their mobile apps have the functionality to display multiple accounts - even if one or more of them is held with a competitor. As Gulamhuseinwala commented, it reflects a tangible shift on the part of banks, who "have very firmly moved from viewing open banking as a compliance exercise to an opportunity to compete and innovate."

Yet the change brought about by open banking extends far beyond the major high-street players, and it is within fintech that customers have become especially empowered. For example, the likes of Iwoca - which provides credit facilities to SMEs via an automated lending platform - recently completed its first business loan through an open banking API. The company has also integrated its platform with Barclays, HSBC and Lloyds; thereby enabling businesses who bank with these providers to easily apply for credit with them, by virtue of the fact that Iwoca can access transaction history through open banking.

In a similar vein, Lending Works proved itself as an early adopter when we joined forces with the challenger credit reference agency Credit Kudos last February. Through open banking, our platform leverages their automated online credit application system, meaning our loan applicants no longer need to upload documents or fill out forms to verify income and creditworthiness. Instead, they can apply for loans quickly and easily - and receive an instant decision too.

It's just one of many such innovative partnerships which form part of our long-term strategy, and there is no doubt open banking will present many more opportunities to further enhance the service we provide to our customers.

What does the future hold for Open Banking?

At a time where data protection is of the utmost importance, there is a definite stigma surrounding open banking which will need to be dispelled in order for it to truly revolutionise the world of consumer and business finance.

It's important to note that no data sharing under open banking can occur without the express opt-in of the customer. Any agreement also lapses automatically after 90 days, and the provider will need to re-acquire permission to continue using this information. Additionally, the customer has the right to cancel the agreement at any time.

It's also worth pointing out that banks are obliged to fully compensate customers for any losses incurred as a result of data sharing between their bank and regulated providers of open banking services.

If perceptions over privacy risks can be overcome, and greater awareness created of the good that open banking can do, there is no limit to its power to revolutionise financial services. Banks have vast customer bases, but fintechs lead the way when it comes to innovation, technology and delivering a world-class customer experience. Open banking presents a golden opportunity for the two sides to come together, and leverage each other's considerable power. And, if this happens, it will be the customer who reaps the most significant benefits of all in the end. 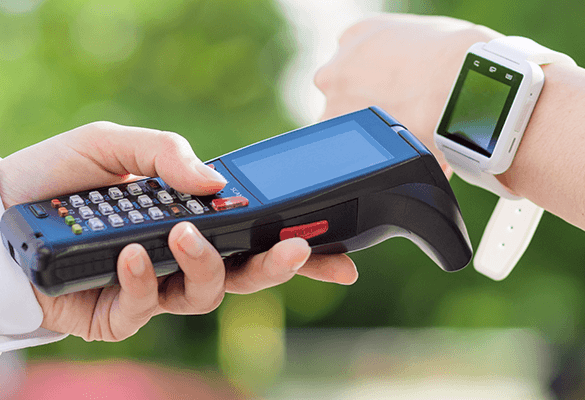 Is the time right for digital cash?
Scott Robertson - 7 Jun 2018