The experts' view of our economy in 2016

The year 2015 certainly didn’t come without its challenges, but we all stopped to take a breath at the end of it to enjoy the New Year’s Eve festivities. In London, the fireworks fizzed from the London Eye. Edinburgh’s Hogmanay was in full swing. The lights at Cardiff’s Winter Wonderland beamed. And, as one, we all celebrated as the countdown concluded.

But for some, this temporary escape from reality was all too brief. Europe’s already troubled political climate was thrust into deeper turmoil, as news of large-scale assaults on New Year’s Eve in Germany shocked the world.

And on the economic front, the clouds darkened almost as the clock struck 12. A few days later, the usually optimistic Chancellor George Osborne kicked things off with this little warning for us.

Then there was this, which, on the face of it, seemed like good news for us consumers.

Unfortunately it wasn’t such good news after all.

Then, to unnerve already-spooked investors, some rather high-profile bankers carelessly had this ‘advice’ leaked to the media.

Did no-one tell them that market crashes are self-fulfilling, and that this might not help the cause? Anyway, luckily Britain has its attentions focused on other things.

Nothing like a little opinion poll to divide a nation. Oh well, it’s just harmless fun, isn't it? Mmmm. Some people are of the opinion that the referendum, coupled with the travails of our friends in the Far East, might be a little more serious than that. 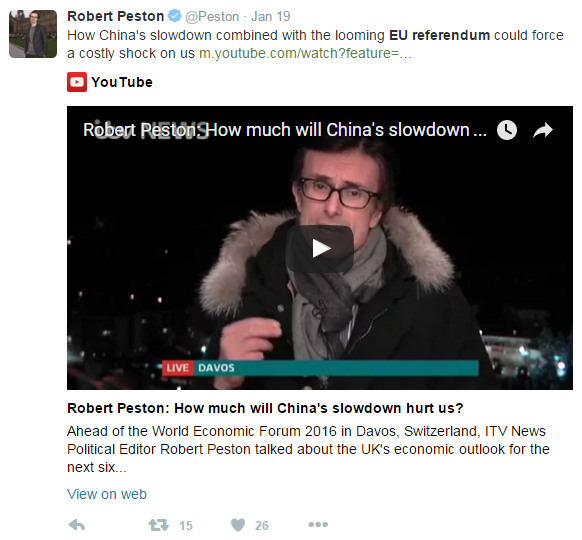 Could they be correct? Well, it seems as though they certainly weren’t incorrect. Because on Wednesday 20 January, something rather calamitous occurred. 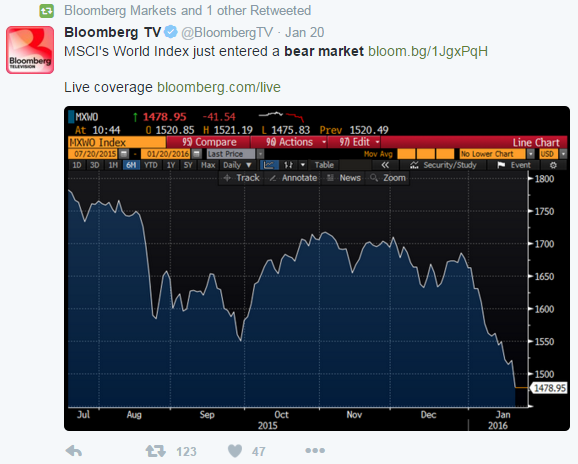 It turns out bears aren’t really that fuzzy and cuddly after all. Not too many people were thrilled about it either. And, amid the carnage, no prizes for guessing who got hit the most.

This wouldn’t have put a smile on their faces either. 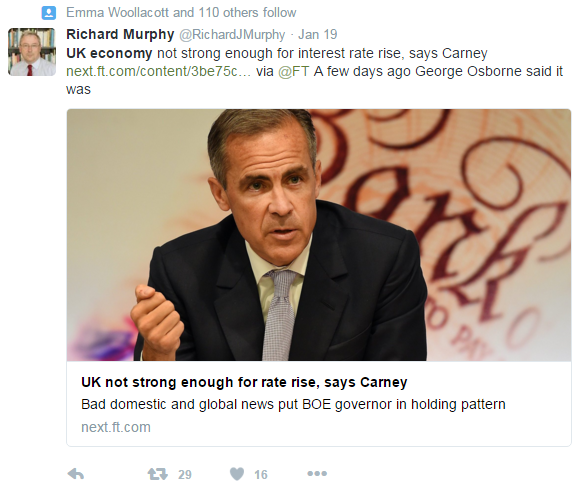 Will rates ever go up then? Are things really that bad? Apparently so. And even this chap, who probably has a fairly well stocked bank account, believes things are not about to get any easier. 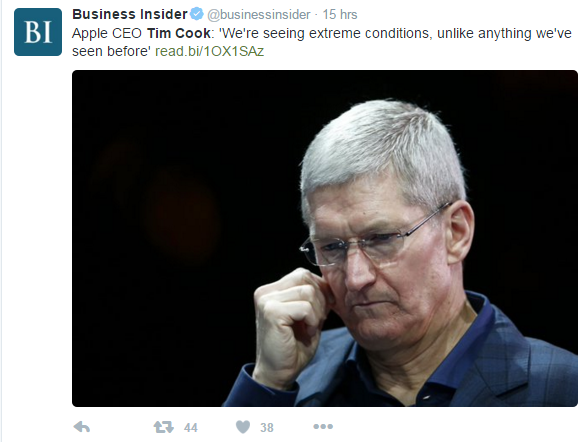 So, that brings us to the end of the first month of 2016. January is seldom considered with great fondness at the best of times, given that it tends to bring one down to earth with a thud after the holiday season. But the past four weeks must be a strong contender for most traumatic in recent history.

A light at the end of the tunnel?

It has become a bit bleak and pessimistic of late. Is the picture really as doomsday as the one painted above? Depending on your disposition, we like to think not. You see, the UK economy is actually a tough old cookie. And we are not the only ones with this view.

The thing is, here at Lending Works, we’ve got other reasons to be excited – not just in terms of our own platform, but for our customers too. Whatever may be happening out there in terms of global and UK stock markets, it’s all been pretty steady going for us. We enjoyed threefold growth as a company in 2015, with every single capital and interest payment returned to our lenders as it should have been. Also, the peer-to-peer lending (P2P) industry in the UK as a whole more than doubled in value to around £4.5 billion in that time. In fact, we’re rather leaving our supposedly bigger brother across the Atlantic in our dust. 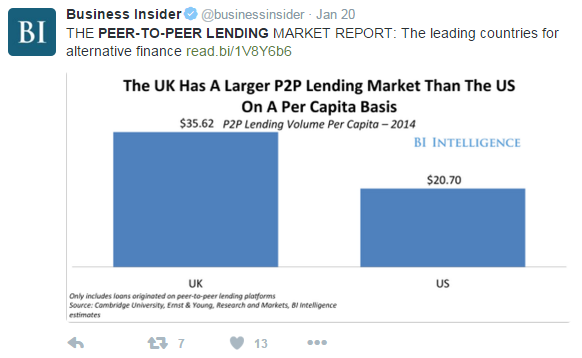 And the thing is, it’s about to get a whole lot better. In July 2015, Mr Osborne announced at his Summer Budget that the new Innovative Finance ISA (IFISA) will go live in April this year, and that peer-to-peer lending will be the headline act for this new account.

So what, we hear you ask? Well, it’s actually pretty significant for those seeking to invest in P2P, because it means they can shield interest on P2P loans from tax. As a result of IFISA, experts are predicting the sector could swell to as much as £50bn within the next couple of years.

And it seems the wise old heads will be leading the way.

So, if you’re an investor who’s been cursing under their breath for the past few weeks, fear not! The waters may feel a bit rough at the moment, but there are a wealth of good alternatives out there such as the Innovative Finance ISA. Be sure to do your homework, and carefully ascertain if it works for you. But whether you decide to go for it or not, just be sure to avoid getting caught up in all the doom and gloom out there. Instead, take a deep breath – again - and make the most of everything that 2016 has to offer.