Is credit card debt a sustainable fuel for our economy?

There is a great deal of literature analysing the spending habits of Britons, but some alarming figures were revealed by the Bank of England recently which showed that unsecured credit – the majority of which is sourced on credit cards - in the UK grew by an astonishing 10.5 per cent in the year to October. In fact, in the month of October alone, household credit card debt grew by £571 million, which takes the present total to more than £66 billion. Gross credit card use also reached new record highs of just under £16 billion in October, with total credit card debt for the year rising by £1.4 billion.

At first glance, such statistics make the eyes water, and you could be forgiven for drawing the conclusion that it is an unsustainable means by which to continue fuelling our economy, and even that we are a nation incapable of living within our means, at a microeconomic level. Yet while not entirely discounting this particular sentiment, it is worth taking the time to frame such figures in the appropriate context.

The first port of call is to make comparisons to past years, and this bears interesting reading. In June 2010, in the throes of the financial crash, unsecured consumer credit actually shrank at a rate of 2.2 per cent for the preceding year. Yet roll the clock back to October 2005, and the figure for growth in this form of debt was 10.8 per cent. And this doesn’t even compare with the heady heights of November 1998, when unsecured borrowing grew by 17.4 per cent.

So while the curve has been on a steady upward trend since the crisis, this year’s figure of 10.5 per cent is far from unprecedented. And it’s also important to understand the circumstances which may justify this ‘credit card binge’ to a certain extent. First, Bank of England rates have been at all-time lows since 2009, and the decision to cut rates further to 0.25 per cent in August has made borrowing even cheaper.

Perhaps the biggest factor of all specific to credit cards is that of competition. So fierce is the battle to secure customers among credit card companies that 0% balance transfer cards are now commonplace, with many deals allowing you to effectively borrow money interest free for in excess of three years.

The threat of increased rates

Provided borrowers are confident in their ability to pay off this debt, and that the loan purpose is a constructive one, borrowing at zero or minimal rates of interest makes complete sense. But, specifically with credit cards, the difficulty which could come in is whereby this 0% window elapses without the balance being cleared, or indeed if rates and/or offers simply change. The latter is where credit cards differ to fixed-rate personal loans, and the APR on typical credit card debt tends to be in the region of 20 per cent – if not higher.

A rate rise could stimulate increased costs in credit card borrowing. However, perhaps a more immediate threat could be the case of Lloyds, who are poised to purchase MBNA’s UK operations from the Bank of America for a price of £7 billion. Were this to materialise, it would give the company control of roughly 26 per cent of all outstanding credit card debt in the UK – just two per cent shy of market leader Barclaycard.

In turn, this would mean that more than half of this particular share of the market lies with a mere two companies, which would be a blow to competition in the sector, and bring the very real danger that borrowing costs relating to credit cards could increase further. Given the worryingly high levels of credit card debt within the UK already, this could leave many households exposed, and ultimately impacts standards of living on a wide scale.

Dealing with the problem

What remains important is to distinguish between the various types of unsecured debt, and lumping them all into the same category can be a bit misleading. Unsecured loans, for example, come in various shapes and forms, and many have added a new dimension to borrowing – not just in terms of value, but also convenience.

Credit cards too, are an essential way of building up a good credit history, while, in addition to this, many offer generous rewards schemes such as cashback on spending. All of this makes credit card use a no-brainer – provided it is done in a sensible way.

If you are not in possession of a 0% interest card, then it is vital to clear the balance at the end of each month. Failing this, you should look to pay off as much of the balance as you can. Indeed, simply making the minimum repayment each month could increase the cost of your credit card borrowing, and entrench you within this debt cycle for longer. It may even be worth looking into a loan to consolidate your credit card debt if you feel this will trim your overall cost of borrowing. Or if you do make use of a balance transfer card, it is important to make this interest-free period count, and focus your energies on clearing your credit card debt as soon as you can.

But at a wider level, the question of whether our continued binge on credit card spending represents an existential crisis, or is instead a driver of economic growth, requires deeper analysis. As a lending platform ourselves, all we can do is encourage intelligent use of your plastic, and to keep this type of spending under control. Hopefully if this approach is broadly adopted, our economy can stand on solid ground. 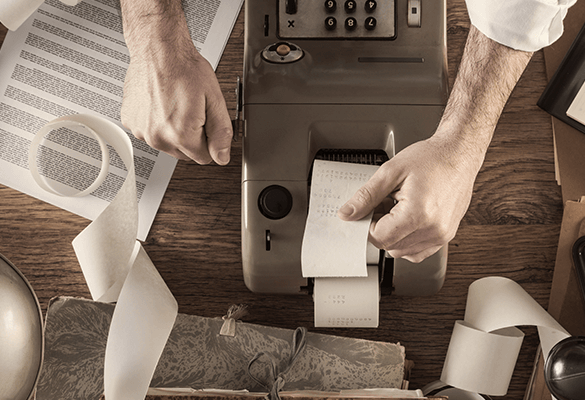