Can economic growth be environmentally sustainable?

In recent months, it’s been interesting to observe the reception to Greta Thunberg, the 16-year old climate change activist who has been afforded some high-profile forums. The impassioned viewpoints she has shared have earned her legions of fans, albeit no shortage of detractors too. In particular, a speech at the United Nations climate change summit stirred fractious debate.

“We are in the beginning of a mass extinction,” the Swede fumed. “And all you can talk about is money and fairy tales of eternal economic growth.”

Whichever side of that particular argument one may align to, it is one which has raised searching questions for economists and experts the world over. In simple terms, can the gospel of perpetual economic growth be compatible with environmental sustainability?

The argument against economic growth

It was the British-born American economist Kenneth E. Boulding who is credited with the quote: ‘Anyone who believes that exponential growth can go on forever in a finite world is either a madman or an economist.’

This line of thinking underpins the perspective of academics such as Federico Demaria. In an address to the European Commission last year, he pointed out that, although economists argue over whether the economy lies in the ‘physical’ or the ‘metaphysical’, almost all agree that biophysical limits exist.

Central to this is the economic dependence on energy, and the fact that wide-ranging data shows a near-perfect correlation between the consumption of energy (along with materials) and economic growth. Indeed, the only periods in which energy consumption has dropped historically correspond with economic downturns.

As Demaria pointed out, the economy in its current form cannot be circular, because energy is not recyclable. Additionally, less than 10 per cent of materials in the global economy are recycled, while roughly half are used to provide energy, and therefore do not lend themselves to being recycled. It is thus no surprise that a recent article in the research journal Nature Sustainability claimed that ‘no country in the world meets the basic needs of its citizens at a globally sustainable level of resource use.’

According to Demaria, and many like-minded experts, the solution lies in devising a de-growth strategy – at least temporarily. It has its basis in the reliance of economic growth on debt, which, as the Italian puts it, is a ‘colonisation on the future’. In other words, the effects of consumption and growth today are secured against tomorrow, meaning we as a global economy are even further behind from a sustainability perspective.

Controversial as a de-growth approach may sound, it must surely be a realistic consideration for countries signed up to the Paris Agreement in order to meet their targets – not least the UK, which has raised the bar further by aspiring to be a net-zero carbon economy by 2050.

The argument in favour of economic growth

Of course, the consensus on a future without growth is hardly overwhelming, and there is another side to the coin. For starters, an abrupt end to economic growth could well have the opposite of its intended effect, and undermine global solutions to climate change. Many argue that the investment required to deliver large-scale decarbonisation would not be possible without growth and financial prosperity.

This is also a two-way street. As Bank of England Governor Mark Carney recently observed in a Channel 4 interview, there is nearly £100tn of capital behind the framework of managing the risks of climate change, and the very survival of companies will depend on their ability to ‘move capital from where it is today to where it needs to be tomorrow.’

And then there is some fascinating research compiled by a group of Professors at the Universities of Leeds and York in the journal Energies. The focus of the study is based on the thermodynamic losses in the conversion of 'primary energy' (eg: burning coal) into 'useful energy' (energy which is actually used for consumption) - and then modelling the relationship between useful energy and growth (along with other socioeconomic variables such as investment, labour, prices, wages and disposable income).

What they found was that energy efficiency gains actually contributed to 25 per cent of all UK GDP growth between 1971 and 2013. Whilst they agree that growth is closely coupled with energy use, their findings suggest that investment in energy efficiency isn't a hindrance on growth - it's a key driver of growth. Moreover, although energy efficiency investment has served to strengthen the relationship between energy use and GDP, this relationship is fundamentally linked to useful energy, not primary energy. So the key for policymakers is in minimising demand for the latter, and maximising efficiency. In this way, sustainable economic growth becomes less and less of an oxymoron.

So what happens next?

In the race to fulfil ambitious targets for reducing carbon emissions, politicians have created a platform for basic economic ideals to be questioned - ones which we've generally taken for granted until now. One of these is whether economic growth is, fundamentally, a good thing for society.

For Britain, the pledge to deliver net-zero carbon emissions within three decades won't come easy. In our case, it equates to a reduction of emissions of at least 100 per cent of 1990 levels, and although the UK is on track to meet its current carbon budget (assessed between 2018 and 2022), the Committee on Climate Change posits that we are well behind the curve if we are to meet the next-phase targets (2023 to 2027). A recent report commissioned by the Government itself found that the UK will need to pump roughly £20bn per year into removing the requisite 130m tonnes of carbon dioxide from the air to offset the emissions of sectors such as aviation, agriculture and heavy industry.

Does any of this mean that the pursuit of growth will be shunned? It is difficult to see that happening in the immediate term. Investment in decarbonisation isn’t all sacrificial either. On the contrary, there is scope for significant commercial opportunity, and, according to a special report for the LSE Growth Commission, sustainable growth and a transition to a low-carbon economy will ‘provide opportunities for investment that are likely to improve labour and resource productivity across the UK’s communities and regions’.

Yet even if growth as an economic strategy is here to stay, what is clear is that we as a society will have to go about pursuing it in a different way. Better, more-sustainable solutions are the absolute imperative – otherwise the cries for change will grow louder and louder. 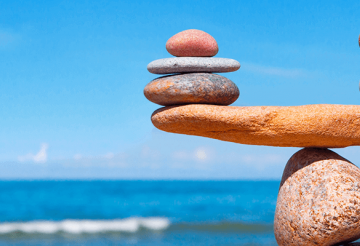 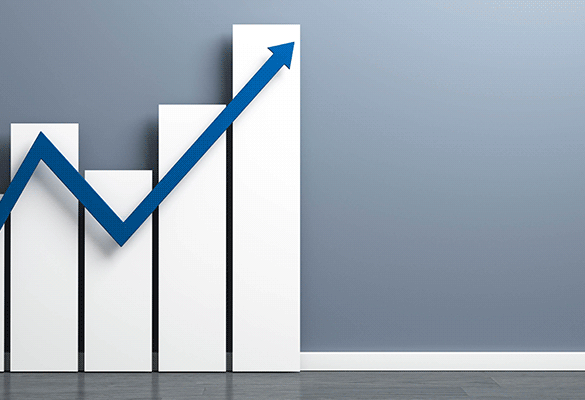